After our overwhelming vote in support of unionization in May, and despite years of legal obstructions by the New School’s administration, the NLRB certified our union in July 2017. See the NLRB Certification here. Below are links to the attending legal documents relevant to our years-long unionization effort. 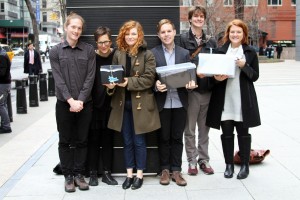 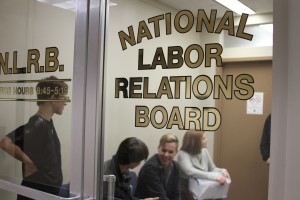 REGIONAL BOARD DIRECTOR’S DECISION: Supplemental Decision [July 30, 2015]
The National Labor Relation’s Board Regional Director made a decision on our case to re-establish the legal right to collective bargaining for student workers at private universities. Our petition was dismissed due to precedence set by the federal board in the 2004 Brown University decision. The decision upholding the rights of student workers to organize was re-established in the Columbia decision in August 2016.

LEGAL BRIEFS: SENS-UAW | The New School
Legal briefs were filed by SENS-UAW and the University with the NLRB regional director as of June 1. Based on evidence presented in the recent hearings, we argued that the NLRB should overturn the 2004 Brown decision and re-establish the legal right to collective bargaining for student workers at private universities in the United States.